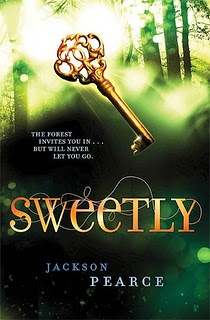 Gretchen and her brother Ansel and looking for peace in their lives. Ever since Gretchen's twin disappeared into the woods, attacked by a witch, they have been lost.  Their step mom has kicked them out of the house, so they are off to find their own way.  Ansel's Jeep dies near Live Oak, and they have to make money to fix it.  They meet Sophia Kelly, the candy maker, but things just don't seem quite right.

This was another great book by Jackson Pearce.  I love the way this story played out, so similar to the fairy tale, but with a really great twist.  I thought that the addition of Samuel, who is hunting for the dangerous things that are in the forest, made for an interesting plot twist.  Great read 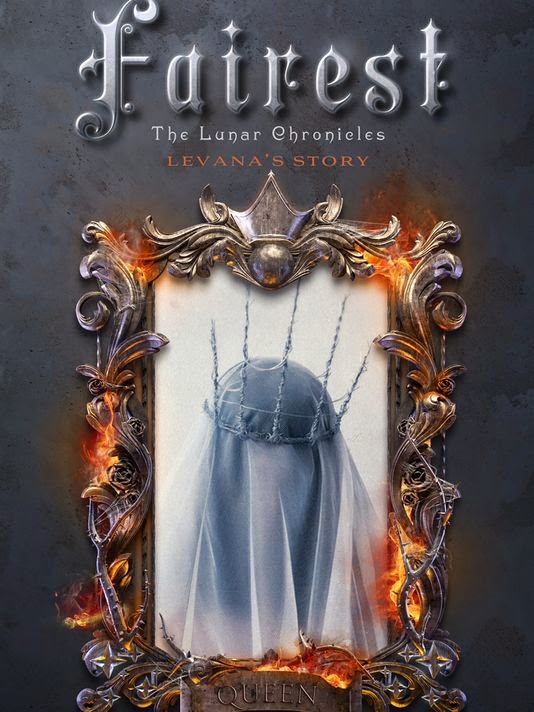 This is the story of the evil queen Levana, and tells how she became who she is.  Levana did not have an easy life, her parents were killed, she had a sister that was not kind to her, she suffered a terrible accident that left her disfigured, and she fell in love with a palace guard that did not love her back. She spent so much time in this book trying to make the guard, Evret, love her and accept her. She tricks him in to marrying him, while she uses her glamour to be his dead wife, and tries to raise his daughter.  Then when her sister dies, and leaves baby Selene, Levana tries to come up with a plan to rid of her.

This book was depressing. Levana is such a sad person,she tries so hard to make others love her, but goes about that in all the wrong ways. It makes complete sense why she is the evil person she is, but the lengths she goes to better herself are awful.  I enjoyed learning about her, and her past, and think that it makes a great addition to the series.

All Our Yesterdays  By: Cristin Terrill 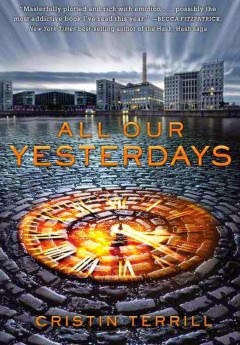 Em and Finn are locked in a horrible place, where Em spends her time trying to figure a way out.  Marina is in love with her best friend James, and is trying to find a way to tell him.  She is going to tell him when his older brother is shot, and then Marina, James, and his friend Finn try to find out who is responsible.  Em and Finn have figured out a way to escape, and now must travel back in time to stop the events that lead to all of their destruction.

This book was great!  I loved the time travel aspect, and the suspense of trying to figure it all out. It was interesting to know Marina and Finn in the past and Em and Finn in the future, and how different they are.  I recommend this to any ya fan. 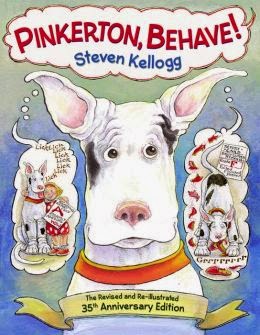 This book is about Pinkerton, who is a dog that does not listen to his owners. They try everything they can, and finally take Pinkerton to school.  Even the school cannot help Pinkerton listen.  But one night he saves his family from a robber, and they know just what to do.  I picked this book up because we have a puppy that does not listen. My kids and I laughed an laughed while reading this silly book.

The New Sweater By: Oliver Jeffers 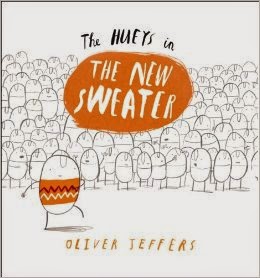 The Hueys are all the same. Everyone does the same things, dresses the same, and acts the same. Rupert wanted to be different, so he knits a sweater. At first all the Hueys think he is strange, but then one by one they all want the new sweater, until they all look the same again.  I liked this book for young readers because it teaches them how it is good to be different.  I can't wait to share it with my fourth and fifth graders and have a discussion about how boring it is when everyone is the same. 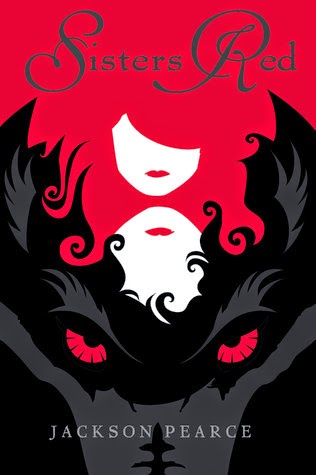 Scarlet has one goal in life, to hunt Fenris.  As a young girl Scarlet and her sister, Rosie, were at home when the wolf attacked their grandmother, and then attacked them.  Scarlet was left with many scars and with a passion to hunt the Fenris that did this to her.  Her partner in hunting Silas left for a while but has returned just in time to help her in the hunt she has been waiting for. But for Rosie and Silas, hunting is not everything, and Scarlet has a hard time dealing with the news that hunting is not for everyone all the time.

This was a great twist on Little Red Riding Hood. I love retold fairy tales and this one does not disappoint.  Scarlet had some hard lessons to learn in this book, and with each one she came out stronger.  I also loved the cover, what a great illustration.
Great read.

All These Things I've Done

All These Things I've Done By: Gabrielle Zevin 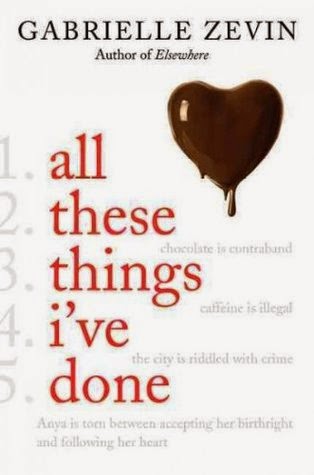 Anya is just trying to get by. She has a lot on her plate, taking care of her dying grandmother, going to school, and making sure her older brother and younger sister are ok.  And, she is the daughter of one of the most notorious crime lords, even though he is dead, his past is still a part of her life. Anya meets Win at school when she is in the office for throwing lasagna on her ex boyfriend, and she really kinda likes him, even though his father is the new DA.  But Anya is framed for a crime that she didn't commit, and her grandmother dies, so Anya has to figure out how to manage everything that comes after.

I liked this book a lot. I really enjoyed Anya's strong character in the face of so many challenges in her life. She truly did what was best for everyone in her life, even if it meant that her happiness was set aside.

What Books Are Reviewed Here

Books reviewed on this blog are books that I have found at the public library, or purchased at Target, Amazon, Costco, or other book stores in my area.

I thank the authors for allowing me to read their books and talk about them with you so you might read them too!

Jenny
I am a teacher who is pretty much obsessed with reading.